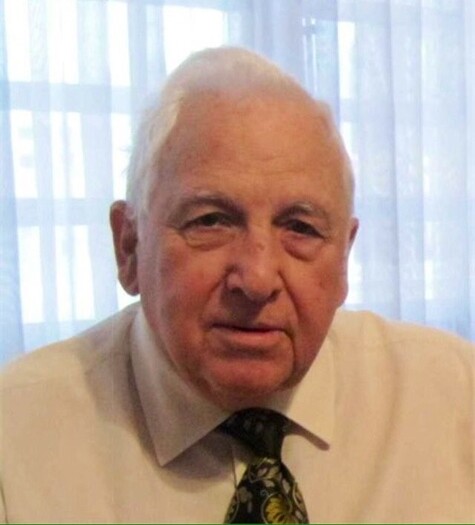 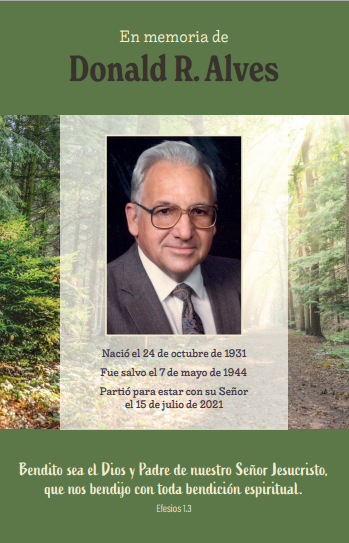 In Memory of Donald R. Alves 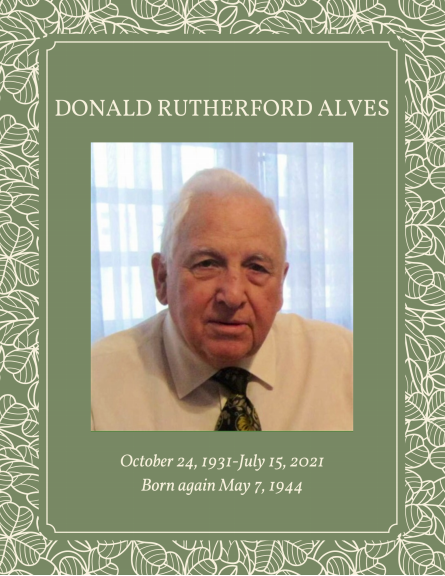 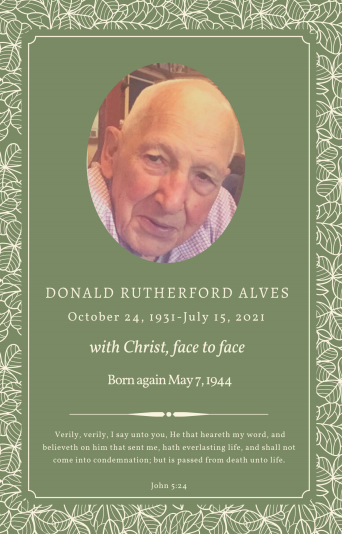 Donald Rutherford Alves passed away on July 15, in the Kelowna General Hospital, BC, Canada, at age 89, of cardiac complications.

He was born on October 24, 1931 to Hector and Eunice Alves in Vancouver.

As a Chartered Accountant (UBC), he was transferred by Price Waterhouse to Venezuela in 1956, where he worked until his retirement. He became a Director and authored articles and books in his field. The principal partner in what today is PwC – Venezuela, wrote: “To all of us he was a teacher in the broadest and most generous sense of the word.”

Donald was well read, had an encyclopedic mind, and could tell an unending number of stories, many of them humorous. He loved poetry, hymns and classical music.

The Alves devoted themselves to gospel work in Venezuela. He was a respected elder and Bible teacher in several churches in that country.

Donald authored and translated a tremendous amount of Christian literature that he distributed freely throughout Latin America. His writings, in Spanish, can be found at www.tesorodigital.com.

When his daughter Edith could no longer care for him, Mrs. Eunice Gorman, and Ron and Jenifer Gorman, were crucial in bringing “Uncle Don” back to Canada in 2017. The Heritage Retirement Residence in West Kelowna became his home where he was well cared for. He fellowshipped at the Highway Road Gospel Hall. His other daughter, Marian, tirelessly looked after his affairs until he died.

Donald is with Christ, which is far better. A graveside service will be held on Tuesday, July 27 at 11:00 a.m. at Westbank Cemetery, 3200 Elliott Rd, West Kelowna, BC V4T 1M7, followed by his burial. No flowers by request. Those wishing to make a donation may do so in support of the Heart and Stroke Foundation or the Gospel Perpetuating Foundation, organizations Dad was fond of supporting.

Condolences may be shared with the family at www.everdenrust.com.